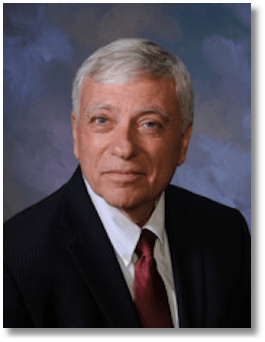 I was born and raised in Elmira NY and have been a resident of the ninth legislative district for the majority of my life. After graduating from Elmira Free Academy and Corning Community College with an accounting degree, I continued my education at Elmira College and began my career in public service. What began as a temporary job within the City of Elmira finance department evolved into a full-time position after a retirement opened for a cashier position.

It didn’t take long for me to realize that serving the public sector was a natural fit and I soon began pursuing other opportunities within local governments. Throughout my tenure, I was fortunate to serve in various capacities including Treasurer, building inspector, housing inspector, zoning officer, and assessor. During this time I also served on local Planning and Zoning Boards.

In the early 90’s I left the government and opened a real estate appraisal company, Coles and Burin Appraisal Associates Inc. I spent five years as president of the company which specialized in fee appraisals for numerous financial institutions, attorneys, and governments as well as data collection and revaluation projects for municipalities throughout upstate New York.

In 1996 I was recruited to return to local government as the City Assessor with the additional responsibility of working with the City Manager. I spent 10 years in that role before being appointed Elmira City Manager in 2006. As City Manager, I was a member of Southern Tier Economic Growth, Southern Tier Regional Planning Board, and the Chemung County Industrial Development Agency. I also served as past president of the New York State City-County Managers Association and served on the executive committee of the New York State Conference of Mayors.

Upon appointment to City Manager, I, unfortunately, inherited a financially stressed City with a three million dollar deficit. The City’s bond rating was slightly above junk bond status and payroll checks were being returned for insufficient funds. Mayor John Tonello and I responded to this crisis by inviting community leaders from both the private and public sectors to the table to discuss the City’s financial problems and develop a plan of action to best serve our taxpayers. This group of professionals became known as the “Blue Ribbon Task Force”. We developed a multi-prong approach which included personnel changes, consolidation of services, internal financial restructuring, and shared services. After seven years of serving as City Manager, and upon my retirement in June of 2013, the City of Elmira, received four bond rating upgrades and had a healthy three million five hundred thousand dollar surplus. New York State Comptroller Thomas Dinapoli cited our accomplishments in a monthly newsletter which was distributed to all municipalities in New York State.

After retirement from local government, I created a consulting company and became the sole owner/manager of Municipal And Taxpayer Services, LLC. My company was awarded a state contract to study shared service opportunities for five municipalities within Chemung County. The analysis provided guidance to consolidate assessment, legal, code enforcement, and financial services. Several of my recommendations have been implemented among the participating municipalities. In 2017, Municipal And Taxpayer Services, LLC partnered with a national government consulting company, Management Partners, to study assessment practices for a local government.

My wife Mary Alice (McCarthy) Burin and I have been married for 42 years. We have three grown sons; John III, Matthew, and Joseph. We are parishioners of the Most Holy Name of Jesus Catholic Parish.