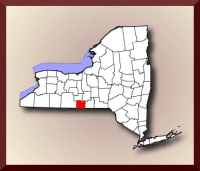 Located in the Southern Tier of Central New York State, Chemung County has a long and rich history. The name itself dates back to 1779 when pioneers named the area after a Native American village that was destroyed at the Battle of Newtown, during the American Revolution. In the Delaware dialect of the Algonquin language, the word Chemung means "Place of the big horn". This harkens back to a time when Native Americans discovered large mammoth tusks along what is now the Chemung River. Chemung County began being settled in earnest by 1784.

Chemung County is known as "Mark Twain Country." Mark Twain (a.k.a. Samuel Clemens) summered in Chemung County for more than twenty years. He wrote some of his finest literary classics, including The Adventures of Tom Sawyer and Adventures of Huckleberry Finn as he was perched high above the Chemung River in his octagonal study.

Today, Chemung County's heart is beating with the vitality of a modern business center, yet remains peaceful in nature. Chemung County's veins are rich in history, commerce and community spirit. 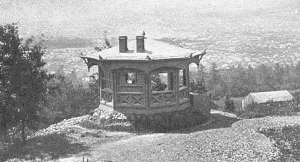